by moin
in Blogs
0

The use of cosmetics has existed since the origin of human civilization from natural resources. In the last few decades, the field of cosmetics has emerged as a major scientific discipline overlapping a wide range of fundamental and translational science and medical branches. Currently, cosmetology has become an industry with science that appeals to various subjects like chemistry, physics, dermatology, microbiology, toxicology, biology, and bioengineering. The principal interest off late has been the development of functional cosmetics that are wished-for not only to improve the appearance but also to benefit the targeted organ: skin, the hair, or the teeth. With this functional approach, products have become more complex in synthesis with raw materials and ingredients that are not only more innovative, effective but also should be safe and bioavailable. The raw materials and the other ingredients for producing cosmetic products are not only gathered from natural sources but also are specially synthesized or produced from genetically manipulated microorganisms. Microparticles, Liposomes, and nanoparticles are add ons to the field. Materials science plays a key role in these formulations with the incorporation of raw materials such as titanium dioxide for sun protection, zinc oxide for colors and pigments, silicone blends for a variety of uses. Silicone products are used to enhance sun protection factor values while certain polymers are used with sunscreens to add water resistance use. Novel active ingredients, new surfactant molecules, novel vehicles or carriers are some of the unknown components that became part of new cosmetic systems in contrast to classic forms. Most cosmetic products contain water and therefore aid in microbial growth. The addition of an antimicrobial agent or preservative to complex and multiphasic systems is another element with ingredients to top up excipients.

Cosmetic products can be broadly classified into the following categories: skincare (including repair and anti-aging products), makeup (color cosmetics), hair care, and fragrances.

Although, a lot of differences are there in cosmetic regulations in India when compared to the USA and EU; as per the Drugs and Cosmetics Act of any country, all products and materials utilized in producing cosmetics must be tested for skin irritation, sensitization, toxicity and carcinogenicity in preclinical settings. Prior to the release of new products, in vitro and in vivo tests are conducted in order to screen for safety and efficacy for human applications.

Cosmetic testing on animals to test the safety and allergenic properties of products for use by humans has been in practice for ages. Due to the harm done to the animal subjects looked as cruelty by PETA, this testing on animals is opposed by animal rights activists and banned in the European Union, United Kingdom, India, Israel, and Norway while the United States Food and Drug Administration continues to endorse animal testing methods.

Methods of testing cosmetics on animals include:

Dermal penetration: Dermal penetration is a method that reads on the test material’s skin absorption is tested on Rats are mostly used in this method that analyzes moment of a chemical, and the penetration of the chemical in the bloodstream.
Skin sensitization: This is a method that defines if the test material causes an allergic reaction and performed on guinea pigs while applied on a shaved patch of skin to assess the sensitivity.
Draize test: This is a method of testing the test material’s property to cause corrosion to the skin or eye.
Acute toxicity: A method to determine the test material’s lethal dose of application reading convulsions, loss of motor function, seizures like effects.
Over the past decade, advances in cell culture methodology, development of defined cell culture media, matrices, growth factors, have brought cell and tissue culture to new levels of applications in in vitro systems as alternatives to animal testing. A number of rapid and reliable in vitro methods that have replaced the testing of animals for safety screening of cosmetic formulations are being adopted by researchers while Industry is divided in it’s practise. So, cosmetics manufacturers who do not want to test on animals now use in vitro methods to test for endpoints that can determine potential risk to humans. Organizations like the Center for Alternatives to Animal Testing advocate the use of in vitro and other non-animal tests in the development of consumer products while the message to use safe ingredients in cosmetics development is highlighted.
Animal sourced tissues and derived cell lines were the immediate alternatives to living animals, but the test read outs have disconnect with human species. Then came, human biopsies as in vitro models. Artificial human skin developed by culturing skin cells harvested from human skin biopsies is one such system as option for alternative testing platform, being practised. The downfall of some of these early alternative systems is the source being biopsies. Sourcing, availability and availability in required volumes to derive the cellular platforms in vitro and configure them to employ the established test methods are some of the operational challenges experienced by the users.
It is known that many companies have not made the switch to cruelty-free models to test yet for many reasons, one of the key reasons being the time it takes for lab-grown tissues to be useable. Animals on the other hand, can grow into adults in a known time period. On top of the extremely short time if a rat is taken to mature, they can also provide with a complete set of organ systems, not just a monolayer of cells. Rats can also reproduce, and at a fast pace of about seven offspring per litter and can reach up to 14 at times. But ultimately, the disconnect continues to remain with test read outs not pertinent to humans.
The discovery and advances with a new cell type named stem cells: Mother cells that provide new cells for the body as it grows; replace specialized cells that are damaged or lost; give rise to a clone of itself and a daughter cell; differentiates to other cell types; have the capabilities to proliferate in cultures unlimited sometimes, have changed the perspective and fate of drug and cosmetics discovery, research and developmental stages. There are three types of stem cells: adult stem cells, embryonic (or totipotent) stem cells, and induced pluripotent stem cells while the respective sources are adult, embryo and adult dedifferentiated. Among the types, adult stem cells with their proven credibility and features are the choice for ease with sourcing to start with. To utilize the cells in discovery and development, availability along with in required quantity with retained features are the main factors determining the choice of source as well as the derived cell type.
Biopsy should not and cannot be the starting material for sourcing human stem cells. The only other alternative material is human biological discards that are established to be the sources to harvest clinical-grade stem cells. Their proven clinical attributes act as advantage in non-clinical setting in drug discovery and development. Umbilical cord blood/tissue, Adipose, Tooth, Bone marrow are some of the credible sources of this category. Hematopoetic stem cells and Mesenchymal stem cells are two different adult stem cell types that can be harvested from these biological discards and both quality, quantity can be controlled to assure the process, product viability conferring to the requirement.

A test material examined for induced: Mutagenicity, Carcinogenicity, Genotoxicity, Neurotoxicity, Hemotoxicity on human surrogate in vitro systems in preclinical exploratory settings starting from the stage where a decision on choice of the raw material, ingredients, components to produce. 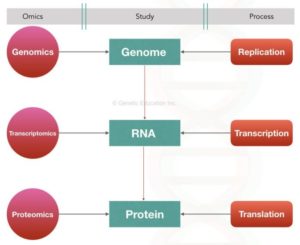 cosmetics till the finished product is developed, would establish a cost effective, informed operating discipline as the framework in discovery and development stages. The genes and proteins in toxicity pathways present on stem cell RNA and secreted respectively can best be utilized as markers to predict mutagenicity, Carcinogenicity, Genotoxicity, Neurotoxicity, Hemotoxicity. The transcriptome is the set of RNA – mRNA, tRNA, rRNA and other non-coding RNA present in a cell. the goal of transcriptome analysis is to identify genes differentially expressed among different conditions, leading to a new measurement of the genes or pathways associated with the conditions. Microarrays can be used to measure the expression of thousands of genes at the same time, as well as to provide gene expression profiles, which describe changes in the transcriptome in response to a particular test material. Proteomics is the large-scale study of proteomes while a proteome is a set of proteins produced in a system, or biological context. Proteomic assessment of biochemical pathways that are critical to test material-induced toxicity responses in human surrogate systems like that of in vitro stem cell platforms configured is another holistic and neat next generation method as alternative one.
Transcriptomics and Proteomics of human surrogate systems treated with the test materials can provide the detailed information on set of genes and proteins triggered mimicking the human application in preclinical setting – A next generation preclinical cosmetics testing system that can obviate the laborious, unwanted animal or any other in vitro tests for regulatory submissions. 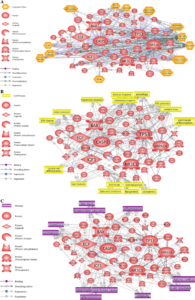 Present Scenario Of Travelling in India

What is Entrepreneurship Development?

Impact of Ban on Chinese Apps on China

When will the schools reopen? Get the latest updates here

Facebook researchers saw how its algorithms led to misinformation

Some airlines risk failure if they do not cut emissions faster

Instagram has expanded its ‘Notes’ feature, a way for users to share their thoughts, to Europe and...