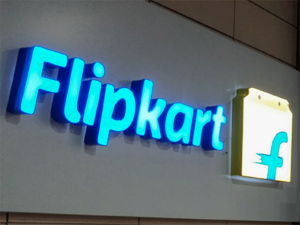 Online retail major Flipkart, which acquired a 100% stake in Cleartrip , one of the oldest travel booking portals in India, has appointed a new CEO for the business. Ayyappan R, chief business officer at Flipkart owned fashion e-commerce platform Myntra, has been elevated to a new position as CEO of Cleartrip, according to sources aware of the matter.

Stuart Crighton, who co-founded the travel venture with Hrush Bhatt and Matthew Spacie in 2006, will move to a new role where he will lead Cleartrip International. Ayyappan’s role in Myntra will be taken over by Sharon Pais.

This is the first significant restructuring at Cleartrip being made by Flipkart after the web retailer acquired the travel portal in April this year aimed to diversify and strengthen its overall offerings. At the time of the acquisition, the Walmart owned e-commerce firm had said that Cleartrip will continue to operate as a separate band while closely working with Flipkart to further develop technology solutions.

The rejig in Cleartrip leadership comes at a time when the travel sector is recovering from the aftermath of the second wave of the Covid-19 pandemic and is expected to see a significant rebound in activity amid the current festive season.

COVID Fatigue and Your Mental Health

COVID-19 Vaccine Booster Dose: Who Should Get It? And How?

Better Roads For A Developing India

Wholesale Vs. Retail: Facts You Should Be Aware About

Instagram has expanded its ‘Notes’ feature, a way for users to share their thoughts, to Europe and...